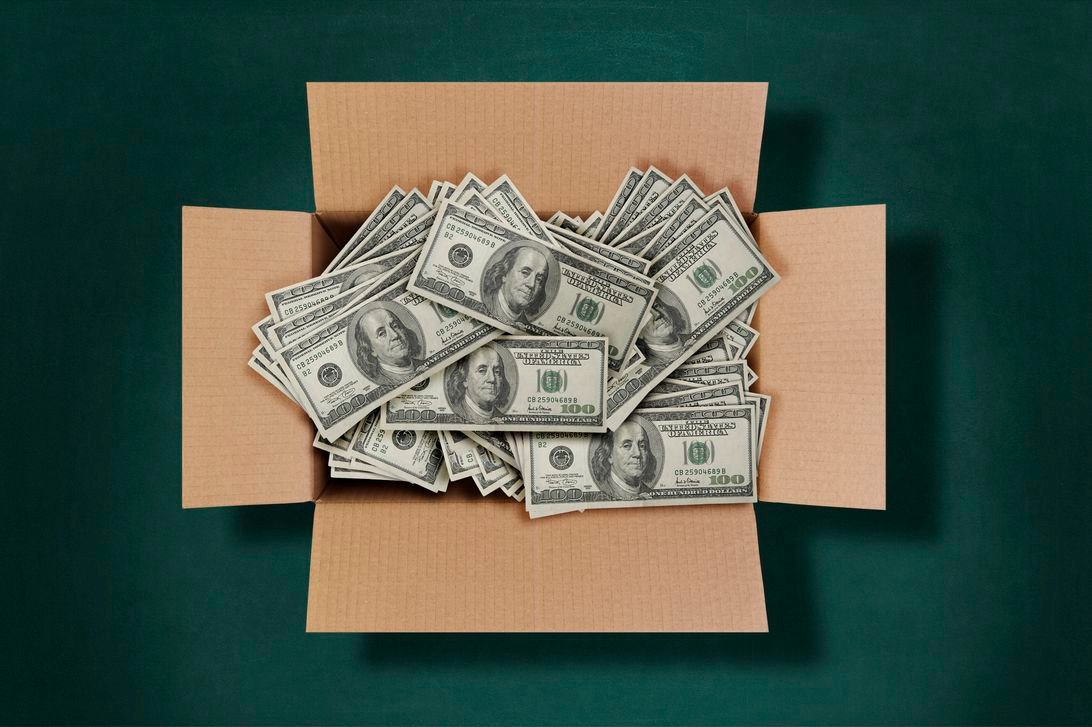 Valerie Zhong, the administrator of the Club Ki-Fair group on Facebook, made a simple commitment: Join her group and get free samples of household products. The generous offer promised to put hair care products, nail polishes and coffee makers into the hands of members.

There was, of course, a catch. Club members had to buy the products and write a review for Amazon, where they were sold. Then, the purchases would be refunded.

“In this group, we will always offer you wonderful and excellent products for free trial,” Zhong posted to Club Ki-Fair. She didn’t say the reviews needed to be positive, but the group’s members showed nothing but excitement for the products she offered.

Stay in the know. Get the latest tech stories from EDLNews every weekday.

Club Ki-Fair’s product-for-endorsement operation is hardly unique. Bogus reviews are a major problem for Amazon, which prohibits “incentivized” write-ups. The e-commerce giant acknowledged the scope of the issue in a June 16 blog post, saying Amazon had ramped up its efforts to detect coordinated activity that organizes fake reviews. Last year, the company removed 200 million suspected fake reviews before they could be posted to pages for products listed by one of 1.9 million third-party sellers on the platform. The company’s algorithms sweep the site for suspicious behavior, like a cluster of new customer accounts that review the same products.

The problem, however, doesn’t end. It just moves to forums like the one Zhong oversees.

“We have seen an increasing trend of bad actors attempting to solicit fake reviews outside Amazon, particularly via social media services,” the blog post read. “Some use social media services on their own; in other cases, they hire a third-party service provider to perpetrate this activity on their behalf.”

Amazon avoided naming any social media companies, but the activity is easy to find on Facebook. I witnessed it after getting accepted into Club Ki-Fair, which I’d been monitoring for several weeks. I didn’t review any products or accept any refunds. After this story was published, the Facebook group disappeared from the social media site, and products from Fairywill, Kipozi and Sboly — all brands promoted on the group page or by its administrators on their personal pages — were no longer listed on Amazon. The company didn’t immediately respond to a request for comment on why the listings were gone.

While I was monitoring the Facebook group, I saw excited Facebook users offer to review products they gushed over.

“This group has been simply wonderful,” said one group member, who went on to praise a combination blow-dryer and hairbrush for helping “achieve hair volume” in her straight, fine hair, before adding, “This is the perfect hair styler tool, and as a bonus it is super easy to use!”

Facebook didn’t respond to multiple requests for comment. In April, the UK’s Competitions and Markets Authority said that Facebook had removed more than 16,000 review trading groups from its platforms amid an investigation from the regulator, which focuses on anti-competitive practices.

In addition to Club Ki-Fair’s model — buy a product, prove you reviewed it and get a refund on PayPal — vendors will sometimes send along information to customers with their purchases about how to receive gift cards in return for reviews. The Wall Street Journal found that the wholesale vendor of a battery charger sold directly by Amazon had included an offer like that in a shipment. That vendor, Ravpower, has been wiped off the site, according to The Verge.

On invented shopping holidays like Prime Day, and every other day, customers may have to rely on reviews for brands they may never have encountered before. Amazon’s marketplace for third-party vendors has become a giant global bazaar. New sellers from all over the world are constantly creating accounts with Amazon, adding rookie brands to the platform that need to fight hard to get noticed. Many vendors sell high-quality products. But for Amazon’s 300 million active customers, it’s hard to know whether a product is a deal or something that might catch on fire.

Amazon didn’t directly address the fake reviews scheme for this story, but the company said it works hard to take down fake reviews before they’re ever posted.

Just because a review is contrived doesn’t mean a product is bad. In May, Amazon pulled listings for electronics from popular device-charger and headphone makers Aukey and Mpow, products that EDLreviewers had found plenty to like about in the past.

The fake reviews can help brands game Amazon’s system. Products that rack up thousands of positive reviews climb Amazon’s rankings and are listed among most popular brands. That improves search results and sometimes earns a special callout, such as being designated as “highly rated,” “best seller” or “Amazon’s pick.” As with sports doping, some companies appear ready to cheat even if they’re already selling world-class products.

Amazon’s removal of the electronics listings is a potent example of how difficult it is for the company to deliver on its promise of accurate reviews. In 2016, Amazon tried to take control of the problem by prohibiting users from posting reviews for products they’d gotten for free unless they used Amazon’s Vine program. (Under the program, Amazon reaches out to “trusted” reviewers with free products.) “We do not incentivize positive star ratings, attempt to influence the content of reviews, or even require a review to be written,” the company said of Vine.

Amazon may blame social media for the problem, but not everyone is sure the online retailer has done enough to address the problem on its own platform. The UK regulator investigating Facebook for hosting fake review groups is now looking at whether Amazon, as well as Google, do enough to find and remove fake reviews.

“Our worry is that millions of online shoppers could be misled by reading fake reviews and then spending their money based on those recommendations,” said Andrea Coscelli, the chief executive of the Competitions and Markets Authority. “Equally, it’s simply not fair if some businesses can fake 5-star reviews to give their products or services the most prominence, while law-abiding businesses lose out.”

Amazon said it will work with the regulator on the investigation. Sucharita Kodali, an analyst with Forrester, said Amazon could address the problem by using its internal tools to automatically de-emphasize fake reviews and highlight reviews from trusted customers. Additionally, she said, fake reviews should also be a question for US regulators.

“There need to be new federal laws about reviews,” Kodali said. “They are increasingly a form of false advertising.”

Administrators for the Club Ki-Fair Facebook page offered up home goods from multiple brands, including Fairywill, Kipozi and Sboly. Another brand, Lonove, was also offering products on the group, according to a person with access to the page. Posts over the past several months included blow-dryers, nail polish and electric toothbrushes, as well as curling irons that promised to give users “Beach Waves” in their hair. The admins were cagey about telling group members they could get a refund for their purchases. When one member asked how much a product cost, an admin replied, “Pls check inbox dear.”

But it was obvious from administrators’ personal Facebook pages that refunds are part of the deal. Admin Xu Fan made it clear on her profile page that she could be contacted for refunds, giving helpful tips about when she’d be available to discuss PayPal payments.

“Hi Dear! I have some more Amazon products. Refund after review with cover paypal.”

The brands’ products shot to the top of Amazon’s listings as reviews flew in. Fairywill’s electric toothbrush was listed as Amazon’s No. 1 best seller for sonic and ultrasonic toothbrushes before this story published. It had more than 10,000 reviews, more than 90% of them four stars or higher. A Kipozi hair straightener was the No. 4 best seller for flat irons. It also had more than 10,000 reviews, 86% of which rated the product at four stars or higher.

The other brands followed the same pattern. They listed products with more than 10,000 reviews that were overwhelmingly positive, landing near the top of Amazon’s search page for search terms like “facial steamer” and “k-cup coffee maker.”

In recent posts, Club Ki-Fair didn’t offer any of these highly rated products as part of its reviews-for-reimbursement scheme. Instead, it enticed members with the prospect of a refund for reviewing products that haven’t yet scaled the heights of Amazon search, including the “Hair Waver Beach Waves Curling Iron,” which has only 58 reviews so far, all of which are four stars or higher. All the brands but one list the same address in the city of Zhuhai in Guangdong Province, China, on their Amazon seller pages.

After I joined the Club Ki-Fair group, a random Facebook user unaffiliated with the group reached out with a private message offering me a chance at refunds in exchange for reviews.

“Hi Dear! I have some more Amazon products,” wrote an account using the name Wen Ming. “Refund after review with cover paypal.”

The Facebook user sent screenshots of dozens of products available for review, though the brand names usually weren’t visible. Headphones, clocks, gaming controllers, helmets and cotton gloves were all on offer. None of the products were from brands promoted in the Club Ki-Fair group. When asked if a positive review was required for a refund, the Facebook user said, “Yes.” I didn’t take the offer.

Facebook bans seeking incentivized reviews in its terms of service. Users can’t solicit the “trading, selling or buying of … fake and misleading user reviews or ratings,” the company says in its rules banning fraud.

Banned activity, however, is easy to find. The Facebook user who offered me refunds for reviews says exactly what she does in the bio in her profile. “I am Amazon Seller,” the bio says. “If you need any free products please Inbox me… Thanks.”

In addition to Xu Fan, other administrators of the Club Ki-Fair group posted on their personal Facebook accounts about processing refunds for members. “Hi, friends, we will have a holiday from May1-5,” wrote a group administrator named Lucy Xie on her personal account. “If you have any questions about refund or other thing, pls kindly send us the details here, we will check and reply you after holiday.”

Last month, Club Ki-Fair had 13 administrators listed. Some of them combined shoptalk with personal posts on their Facebook accounts.

In one post on her personal Facebook timeline, administrator Fiona Jara asked if anyone wanted to try products, including a Kipozi hair styling appliance, a Sboly coffee maker and a facial epilator by Innza, yet another brand that shares an address in the city of Zhuhai with most of the other brands on the Club Ki-Fair group.

The rest of the posts were about her wedding plans.